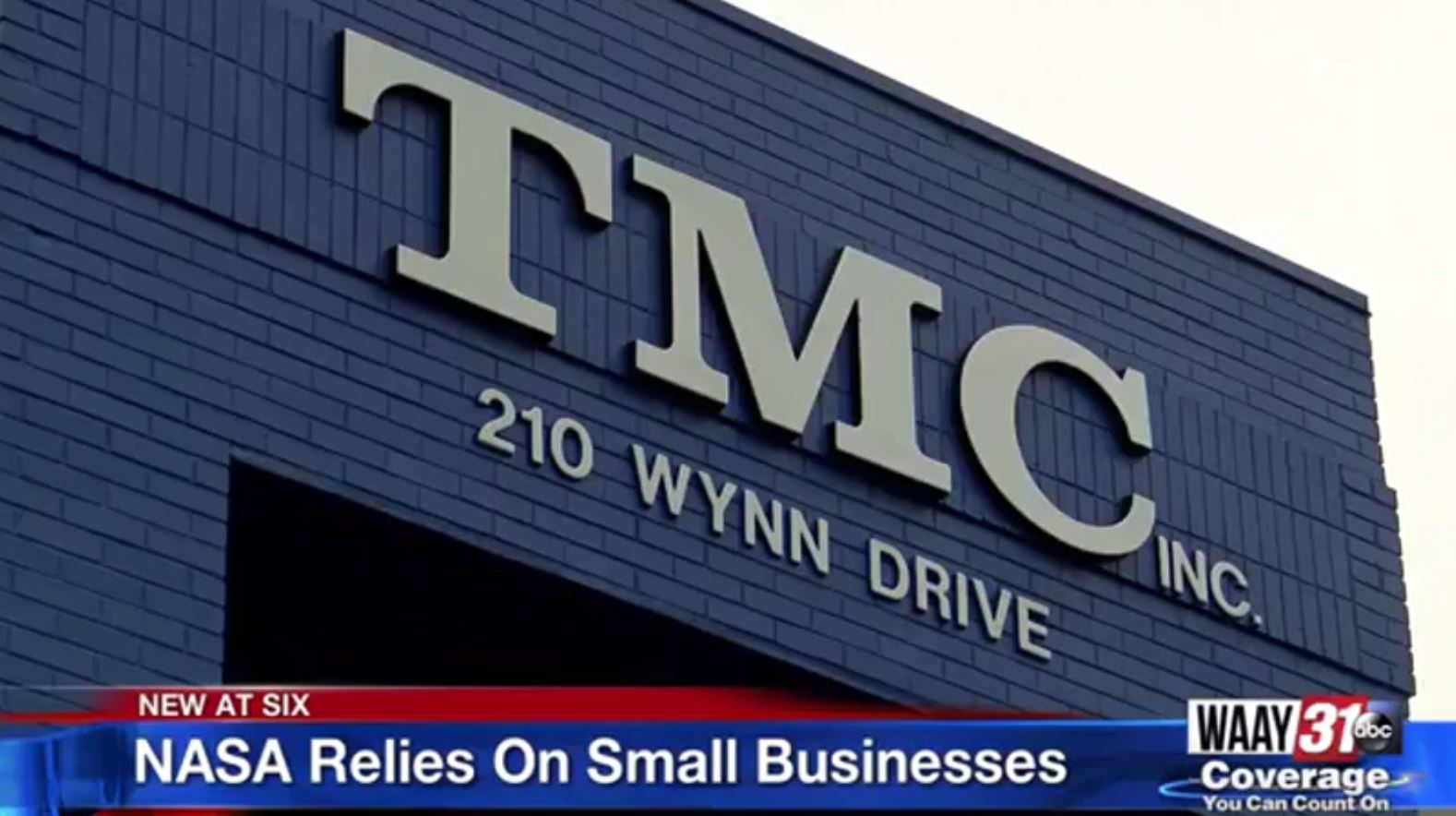 To see the original article and video, please click here!

Fifty years ago, NASA accomplished the greatest technological achievement in the history of mankind.

While the agency gets most of the credit for landing men on the moon, they didn’t do it alone. Thousands of private companies, both large and small, supplied critical parts and services.

One small company at Research Park was there for the Apollo missions and is now helping launch humans into space again.

“There’s no room for error in what we do. The smallest contamination can be a catastrophic failure type event,” said Jason Bailey with Technical Micronics Controls, Inc. (TMC) in Huntsville.

“Particles or any kind of contamination, oils and greases, react violently with liquid oxygen. Liquid oxygen is a basic component of every rocket engine,” said Bailey.

“The performance of the rocket engine is reliant on what TMC does and precision cleaning is basic to the rocket industry,” he said.

WAAY 31 went to the U.S. Space and Rocket Center to get a better look at what Bailey is talking about. We learned in an F1 engine from a Saturn V rocket, every inch of it has to be precision cleaned before it can be built into a rocket engine. That includes anything that comes in contact with the liquid propellant, like hundreds of feet of tubing, fitting and valves.

Michael Denney has been with TMC for five years. He’s currently working on a part for the SLS that will launch Americans back to the moon in 2024. Boeing is a lead contractor, and TMC was just named one of its suppliers of the year. This is based on their technical expertise, quality of work and delivery performance. It’s a responsibility Denney doesn’t take lightly.

“We don’t want nothing going up. That’s going to cost people’s life,” he said.

TMC stepped in when it was discovered that the original supplier of tubing on the SLS engines wasn’t cleaning them to specifications.

“All of the tubing, both already installed in rocket engines and in surplus tubing, had to be re-cleaned. That’s where TMC provided a valuable service,” said Bailey.

It’s work this company of fewer than twenty employees takes seriously, from Apollo to Artemis, from the very beginning of space travel through the coming exploration of deep space.

“We’re dealing with people’s lives and if they go up in space, we don’t want nothing to happen,” said Denney.

Earlier this week, the third of four engines for the SLS core stage was delivered to NASA. The first launch of the SLS is scheduled for next year.

We use cookies to ensure that we give you the best experience on our website. If you continue to use this site we will assume that you are happy with it.Accept