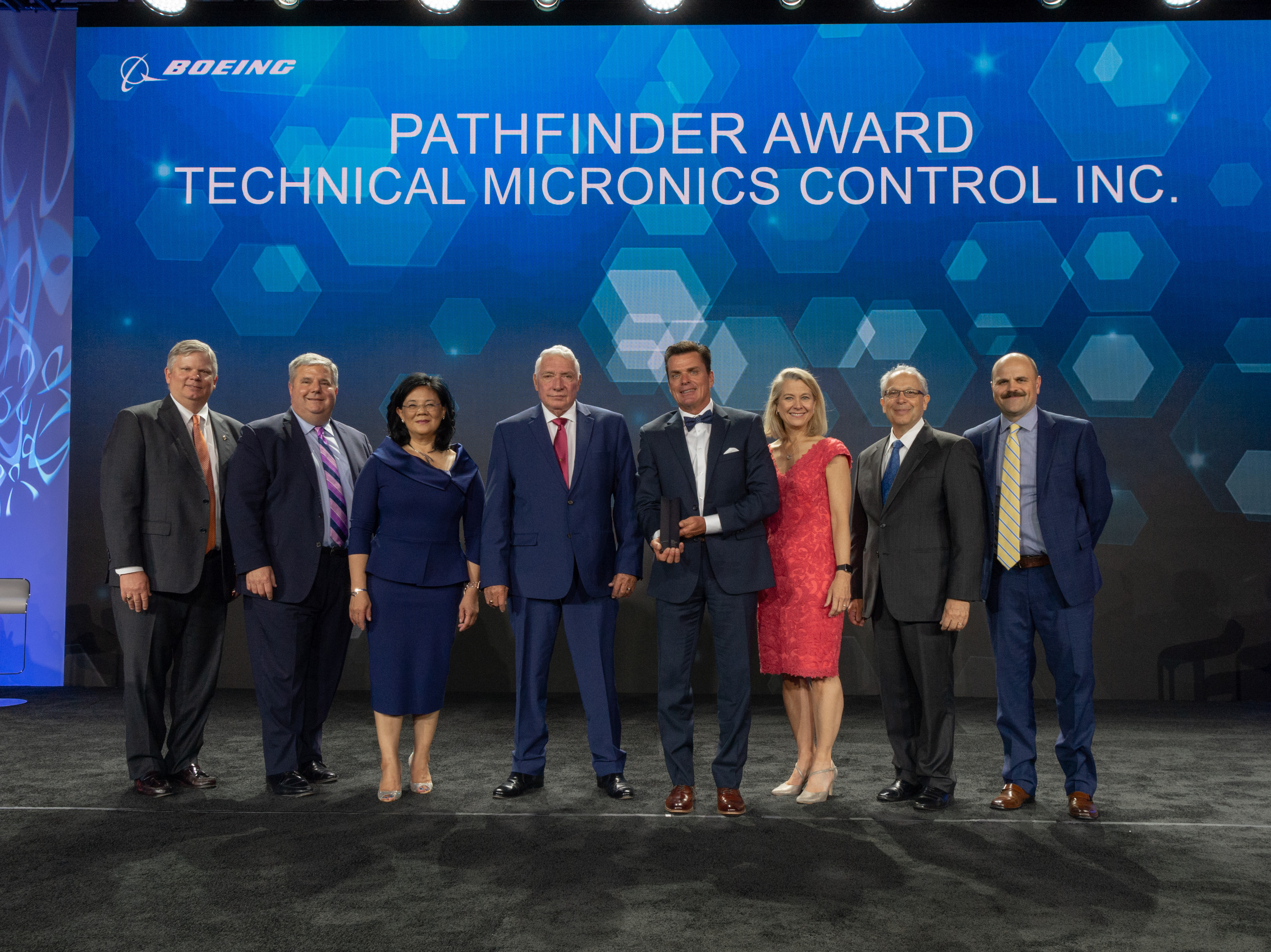 15 May TMC Named Boeing’s Pathfinder Supplier of the Year

Huntsville, Ala. (May 15, 2019) – Last week, The Boeing Company announced its 2018 Supplier of the Year awards in Los Angeles, Calif. at its Annual Global Supplier Conference. Technical Micronics Control, Inc., a veteran-owned precision chemical cleaning company located in Huntsville, Ala., was among the 13 companies to receive this honor. Awarded in Boeing’s Pathfinder category, TMC was recognized for its outstanding efforts and improvements throughout the year.

TMC began working closely in May 2018 cleaning tubes for Boeing’s Space Launch System (SLS). Since then, TMC’s cleaning process has expanded to include other SLS related ground and flight hardware.

TMC is one of more than 12,000 active Boeing suppliers around the world. The Supplier of the Year selection was based on stringent performance criteria for quality performance, delivery performance, cost, environmental initiatives, customer service and technical expertise.

“Boeing has been our largest customer over the past year, and we were fortunate that they approached us when they did,” said Kevin Heronimus, Chairman and CEO of Technical Micronics Control, Inc. “We are proud of what we do and the processes that we have helped to create. To be recognized as one of Boeing’s Suppliers of the Year is a true honor and testament to the hard work our team puts forth. We are thankful to Boeing and its support of our company, and we hope to continue supporting Boeing as best as we can in the future.”